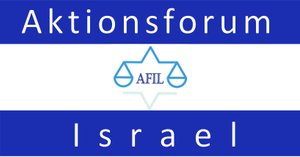 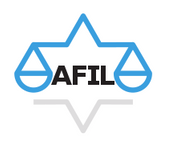 Why is the Weinthal / Blume case so important?

The answer is, not at all, it is not important for us in the Forum. We have completely different priorities. Such as researching Hezbollah's armament methods.

We actually offered Mr. Weinthal the outcome of the said research for an article, but the Blume case was more important for him.

He put us under real pressure to deal with the “Blume case”.

The story started already in 2019. We suspect the trigger, was a private dispute, which was and still is  fought out with political argumentation to reinforce the blow exchange.

Once upon a time there was an anti-Semitism officer named Blume, then a princess came, sorry, a queen who turned out to be a JEWISH pro FDP* activist (JPFA). Jewish, must always be emphasized, it is very important to the queen and we respect it.

Since the name “Queen” is unusual in our latitudes, it can be assumed that this name was chosen by the person herself, does it mean anything? But of course everyone has the right to choose names.

Now JPFA, the queen in question, was suddenly offended because AB did not give her the attention she expected.

The JPFA and first supporters shouted "anti-Semitism", which is a very popular method to mobilize people.

The knight Ben von Weinthal (BVW) rushed to help her out.

BVW was very passionated in mobilizing as many forces as possible to support the JPFA against AB.

Among other things, he asked the Action Forum Israel (AFIL) for help, actually he was very pushy.

When it really comes down to anti-Semitism, AFIL is also very happy to help out. But we in the Forum collect information and build our own opinion before acting.

So I, Gaby, who heads the forum, because it was so important to Weinthal and the Queen, contacted BW to correctly hear the other side, we in AFIL are opponents of character assassination / defamation / discrediting / defamation / Damage to reputation / lynch justice and insist on correct procedure. The whole case has also been researched and evaluated. Everything else remained unprocessed for about 3 months. AFIL and over 2000 members were paralyzed, all for JPFA.

On July 13, 2021, a Jewish anti-Zionist BDS organization (JS) started a campaign against AB.

At the same time, BVW declared war on AB and joined the fight of JS. BVW actually positions himself officially against JS. So this merger is difficult to explain.

JS as a BDS organization, was even declared as anti-Semitic by the Bundestag, the German parliament.

BVW to his own statements, fights against anti-Semitism but joins a common fight with an officially declared anti-Semitic organization???

The result of our research and the resulting questions to BVW, who started a crusade against BW at the same time, can be seen in the next tabs ...

*FDP is a liberal party in Germany